Gamewarez to Launch next Call of Duty® Beanbag 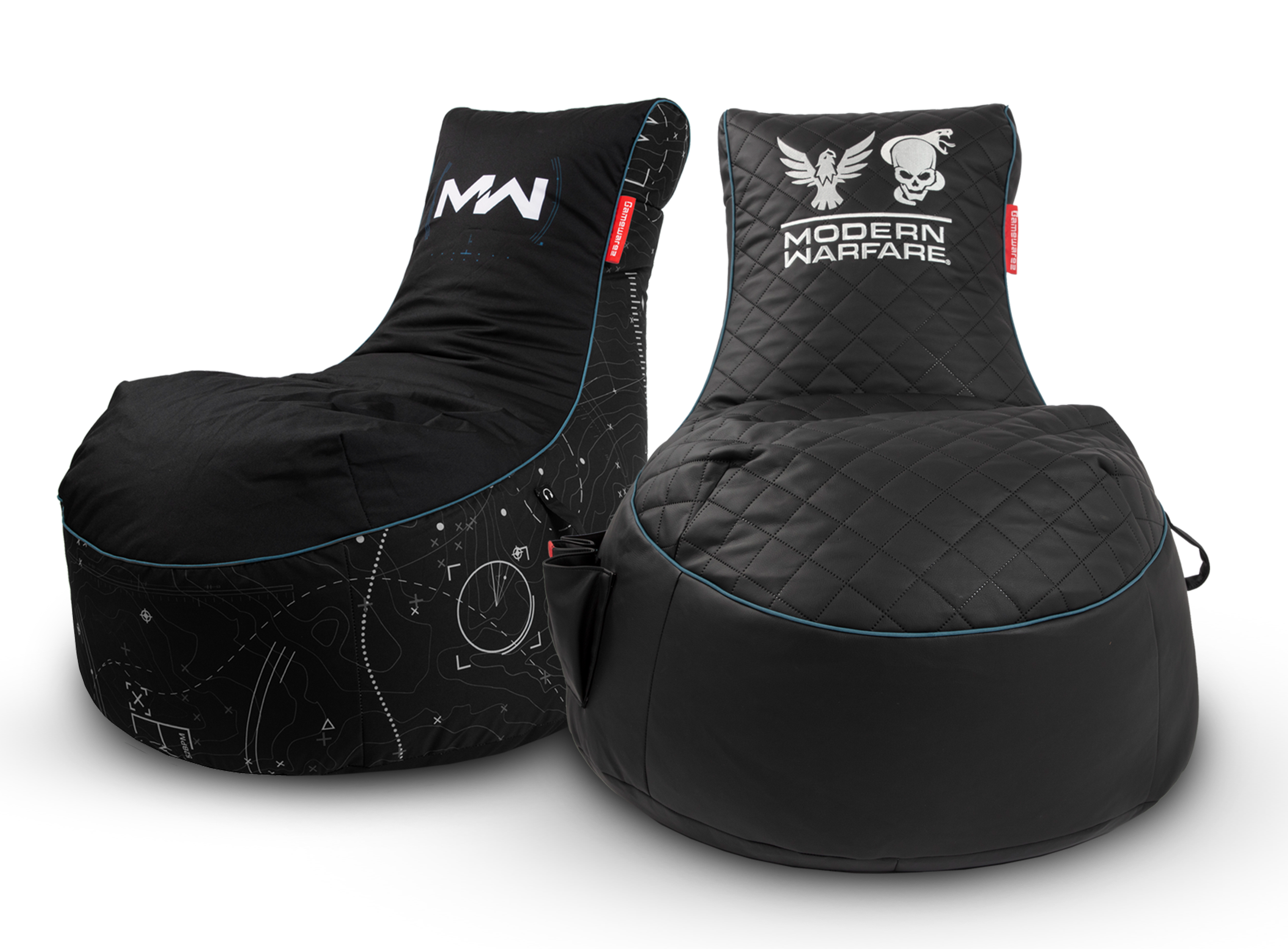 The young gaming beanbag label from Hessen, Germany and the renowned American publisher who already joined forces to launch an official Call of Duty®: Black Ops 4 Limited Edition beanbag in late 2018. Now both parties are ready for the next level introducing a brand new version that is available one month before the official release date – which means that fans can pre-order the Call of Duty®: Modern Warfare® Limited Edition Beanbag exclusively on https://www.gamewarez.de/en/products/limited-edition/ already now!

Just like its predecessor, the new Call of Duty®: Modern Warfare® Limited Edition Beanbag is based on the so-called Gamewarez Classic Series - which means that the sturdy backrest, the expandable side pocket on the right side and the headset holder on the left have been retained. Its inside is filled with dust-free EPS beads, while the outer shell is made of extremely supple, black synthetic leather with cross-stitching, which gives the beanbag a particularly casual, high-quality look. A new aspect is the cobalt-colored piping and the high-quality embroidery with logos on back and front of the beanbag. The Call of Duty®: Modern Warfare® Beanbag is available in an early bird package which includes the new Call of Duty®: Modern Warfare® Beanbag game; it is limited to 250 pieces onlyand

Furthermore, Gamewarez will also launch a Call of Duty®: Modern Warfare® "Vizor" version: the design of this beanbag is adapted to the look of the game, it comes with cobalt blue piping and Modern Warfare® logos on the front and back of the backrest. However, the upper in the Vizor Edition is made of 100% polyester fiber – breathable and easy to clean. The RRP for the Vizor edition is € 169,90.

Both versions, the new Call of Duty®: Modern Warfare® Limited Edition Beanbag and the Vizor version including a game for PS4 or Xbox, are now available exclusively at https://www.gamewarez.de/en/products/limited-edition/.

Write a comment
We use cookies. Some of them are technically necessary (for example for the shopping cart), others help us improve our website and to offer you a better user experience.

You accept the following cookies by clicking on Accept all. You will find further information in the privacy settings, where you can also change your selection at any time. Just go to the page with the privacy policy. Zu unseren Datenschutzbestimmungen.